I am a huge Lindy Zart fan and here is the cover reveal for her next book
Bullies Like Me. 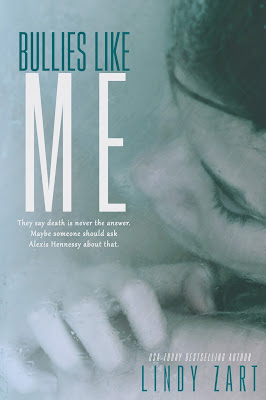 
Pre-order the eBook through Lindy at a discounted price: https://goo.gl/forms/QdQ7vg6g3xyPA4My2 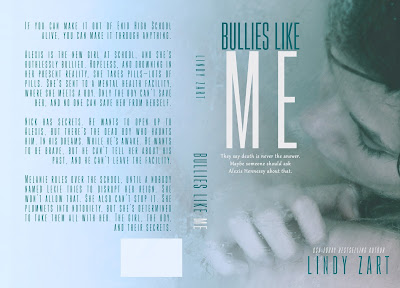 
Alexis is the new girl at school, and she’s ruthlessly bullied. Hopeless, and drowning in her present reality, she takes pills—lots of pills. She’s sent to a mental health facility, where she meets a boy. Only the boy can’t save her, and no one can save her from herself. 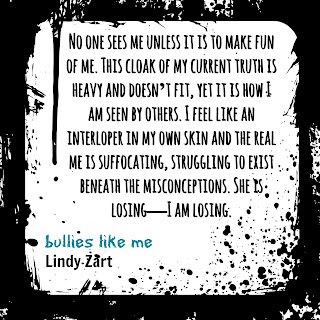 Nick has secrets. He wants to open up to Alexis, but there’s the dead boy who haunts him. In his dreams. While he’s awake. He wants to be brave, but he can’t tell her about his past, and he can’t leave the facility.


Melanie rules over the school, until a nobody named Lexie tries to disrupt her reign. She won’t allow that. She also can’t stop it. She plummets into notoriety, but she’s determined to take them all with her. The girl, the boy, and their secrets.
Posted by Chelle at 12:30 AM 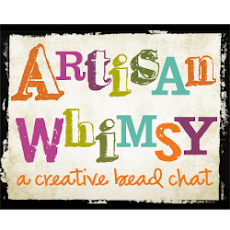 Where you will find me If the people we love are stolen from us, the way to have them live on is to never stop loving them. Buildings burn, people die, but real love is forever **The Crow** 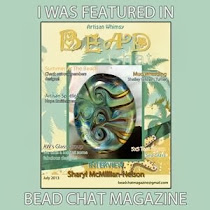